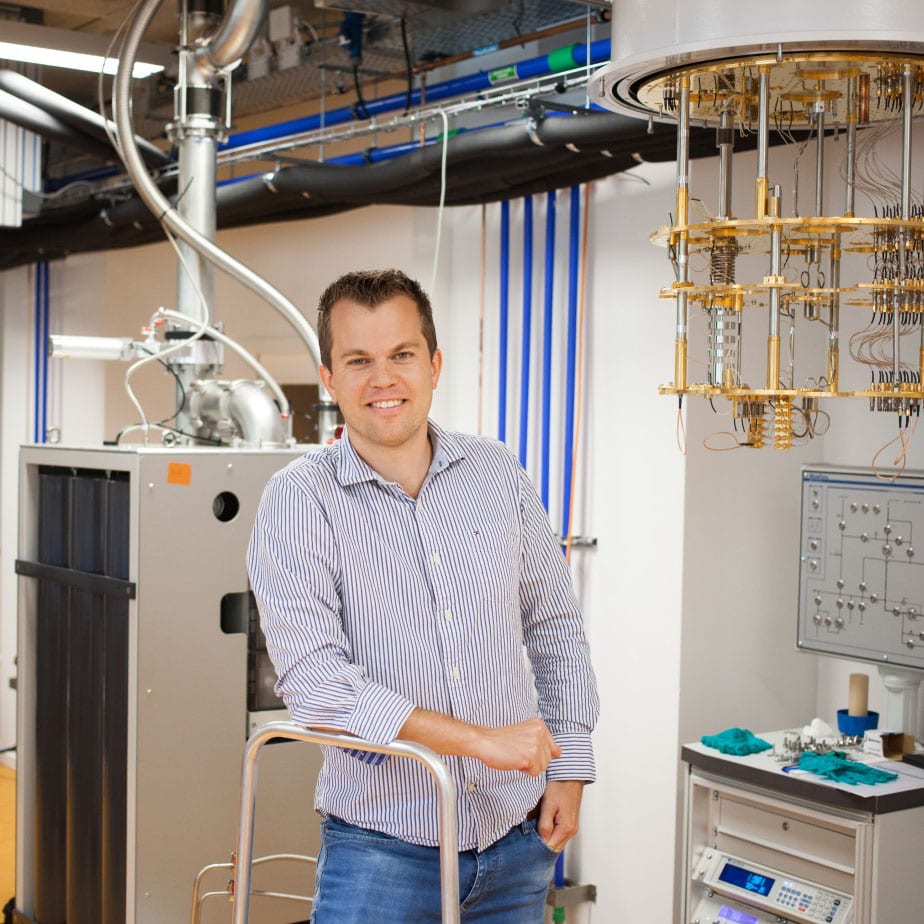 Menno Veldhorst (Harderwijk, 1984) is a team leader at QuTech and roadmap leader QuTech Academy. Veldhorst received his PhD-degree cum laude in 2012 for his research on superconducting and topological hybrids at the University of Twente and was awarded the PhD Overijssel award (read more). He then moved to the University of New South Wales in Sydney to work on quantum computation using silicon quantum dots. Highlights were the demonstration of quantum operations on a single qubit and quantum operations between two qubits. These two together represented the first demonstration of universal quantum logic in silicon, an important step towards a silicon quantum computer, and announced by Physics World as one the top ten breakthroughs in physics in 2015.

At QuTech, Veldhorst is working in the fault-tolerant quantum computing roadmap on quantum computing with silicon and germanium. His team proposed a novel architecture for large-scale quantum computation with silicon quantum dots. These architectures are based on crossbar arrays that can define logical qubits with very low logical error rates. Now the team is experimentally testing these concepts in the lab to find out the best way forward. Recently, his team demonstrated that silicon quantum dots can have appreciable spin lifetimes at temperatures above 1 Kelvin. While this is still a very low temperature, the increase in temperature as compared to many other qubit platforms may just be the increase that is needed for scalable quantum devices. This is because at the temperatures where these ‘hot qubits’ operate, classical electronics may be integrated on the quantum chip or even directly on top of the qubits, thereby overcoming an interconnect bottleneck.

Next to silicon, Veldhorst lab is investigating quantum devices based on germanium. This work starts from germanium heterostructures with very high hole mobilities fabricated in the Scappucci lab. Recently, the team demonstrated for the first time gate-define quantum dots and tunable superconductivity in planar germanium. The team is currently studying hybrid superconductor-semiconductor systems for the creation of novel, fast and coherent quantum hardware.

Learn more about the Veldhorst Lab or have a look at his publications.