Engineers from Intel and scientists from QuTech have delivered the first qubit made in the very same industrial manufacturing facilities that mass-produce conventional computer chips. This advancement has been a long-standing goal due to its promise of scalability. The breakthrough is a crucial step towards scaling to the thousands of qubits that are needed for practical quantum computation. The investigators published their results in Nature Electronics (DOI).

The production of a scalable quantum computer knows several major hurdles and finding a suitable type of qubit is one of them. One promising qubit candidate is based on the spin of single electrons that are captured in a silicon nanoscale device. A major advantage of this device is its resemblance to conventional transistors. It was therefore expected that the extensive knowledge and skill of the semiconductor industry could be leveraged to produce qubit devices with unprecedented yield, high uniformity, and few defects.

From flexible cleanrooms to strict factories

Currently, semiconductor qubit chips are typically fabricated in cleanrooms using tools that are optimized for flexible design changes and fast turnaround, but compromise on reliability. Industrial semiconductor manufacturing, on the other hand, is extremely reliable but is bound to strict design rules. Important open questions were whether the qubit designs were in fact manufacturable within the design rules and whether the qubits would survive the processing conditions to achieve extremely high yield.

“Industrial manufacturing techniques are different from the techniques that are typically used to fabricate such quantum dot samples,” says Anne-Marije, first author and PhD researcher at QuTech—a collaboration between the TU Delft and TNO. “It was as if we were first writing with calligraphy and now, we changed to a stencil machine. The former gives more flexibility, the latter gives a significant improvement in yield and uniformity. Moreover, instead of making 20 devices at a time, a fabrication round now gives us tens of thousands of devices, allowing us to collect statistics on the device properties.” Furthermore, important qubit properties, such as lifetime, are amongst the highest that have been measured in these types of qubits.

The advantages of semiconductor qubits

“So many articles state: semiconductor spin qubits in silicon are compatible with CMOS semiconductor manufacturing. But only now, we have proven that to be actually true,” adds lead scientist at QuTech Lieven Vandersypen. “Moreover,” he says, “the device yield achieved by the Intel team was an unprecedented 98%, compared to 50% on a good day in our university cleanroom.”

TU Delft and Intel drink a toast to the qubit

The new building blocks of the quantum computer of the future are being produced in a present-day chip factory. Researchers from QuTech — a TU Delft and TNO collaboration — and Intel showed that this is possible. They achieved this major technological feat through close collaboration and extensive knowledge sharing, and cracked open the champagne in an online toast to this milestone. 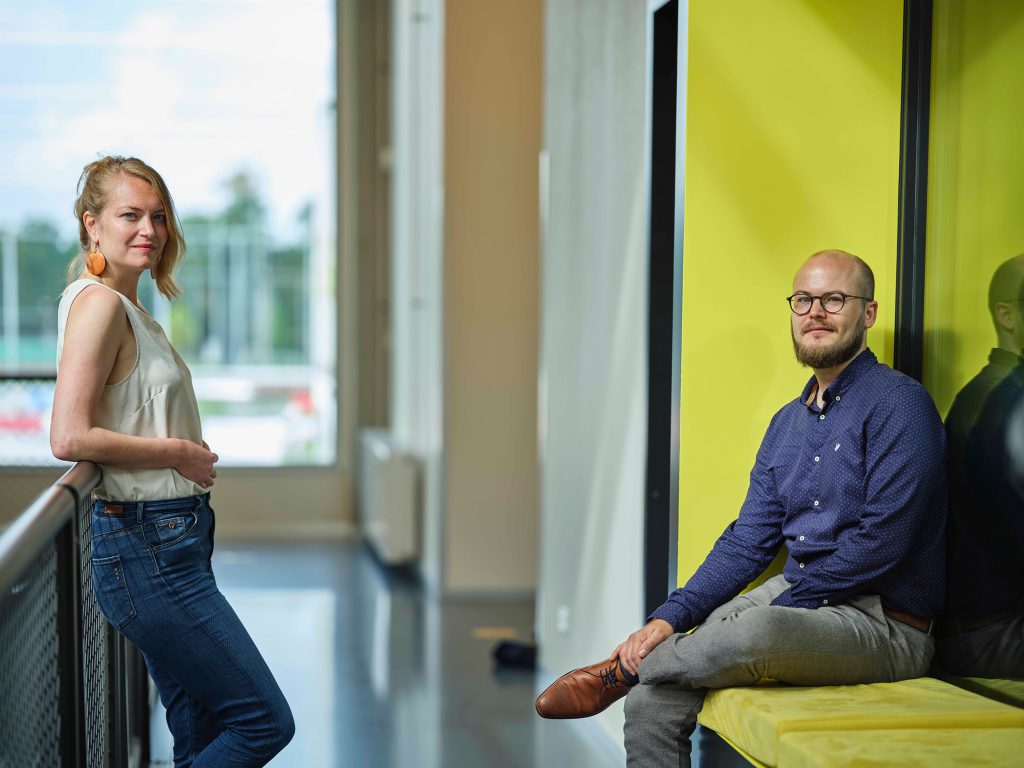 The type of quantum information that makes this qubit is the electron spin. The electron is trapped inside a “box”, given by a potential well in an energy landscape, called a quantum dot. The energy landscape is produced by a combination of material properties (similar layouts to a conventional transistor: silicon–silicon oxide interface) and electric fields. In this way it is possible to isolate and address a single electron in the quantum dot and have full control over its spin.

The industrial manufacturing of a single qubit device is now a fact. Parallel efforts are geared towards controlling multiple spin qubits and improving the quality of the qubit control. Combined, these advances will build a solid foundation to realize full-scale quantum computing integrating millions of qubits.

Organizations that want to investigate how quantum computing can benefit their business are invited to connect to the knowledge ...
Read more