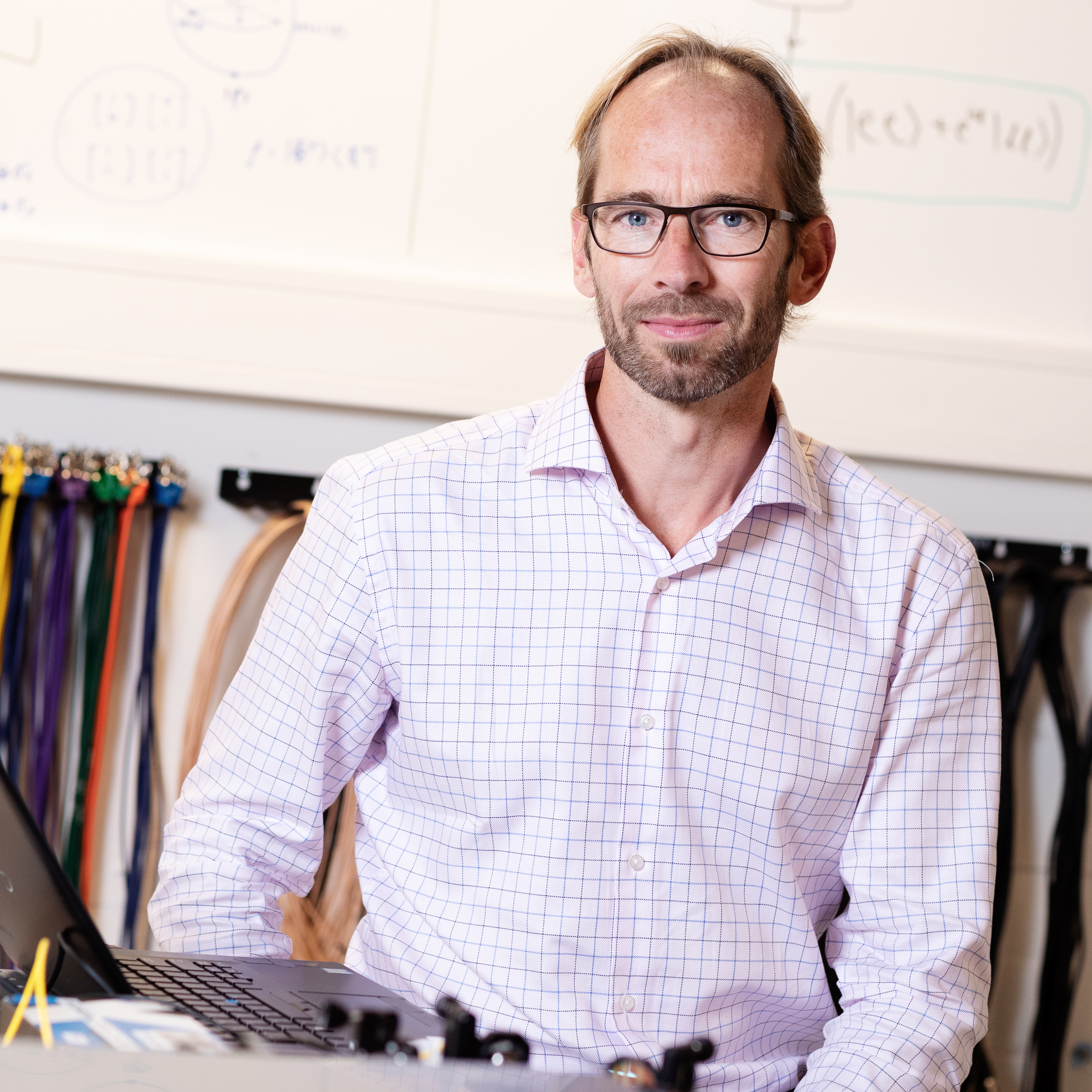 Wolfgang Tittel (Fontenay-aux-Roses/France, 1970) is an experimental physicist, a professor at the EEMCS Department at the TU Delft, and a staff member at QuTech since 2018. Tittel received his PhD from the University of Geneva in 2000 for “Quantum correlation for quantum communication”, which was seminal in bringing quantum communication technology out of the laboratory and into the real world using deployed telecommunication fiber. His work has raised, and continues to raise, both scientific and public awareness and appreciation that the new technology is not restricted to contrived laboratory settings.

Tittel joined the University of Calgary in 2006 as associate professor. He was promoted to full professor in 2013. Notable research results include the first demonstration of measurement-device independent quantum key distribution, which is of particular interest due to its resilience to quantum hacking, its suitability for building networks, and its upgradability to quantum repeater-based communication links; city-wide quantum teleportation; and the storage and recall of members of entangled photon pairs using rare-earth-based quantum memory.

Tittel has always been attracted by the broad expertise required for, and formed by, research into quantum communication – a fascination that he likes to pass on to his students and post docs. He has been involved in steering the University of Calgary’s Institute for Quantum Science and Technology, its Institute for Security, Privacy and Information Assurance, is a senior fellow of the Canadian Institute for Advanced Research, and has been a founding member of QCRYPT, the workshop for quantum repeaters and networks (WQRN), and “Quantum Science and Technology” (IOP publishing). As a former industrial research Chair, he is used to working with colleagues across Physics and Engineering, as well as from academia and the corporate world. His big dream is that quantum communication becomes mainstream, and he is excited to play a role in this grand challenge.

Tittel’s work at QuTech is currently funded through a generous start-up package. Furthermore, despite having joined only in April 2018, he is part of several new QuTech initiatives.

Do you wish to be part of his ground-breaking research? Then please contact W.Tittel@tudelft.nl.